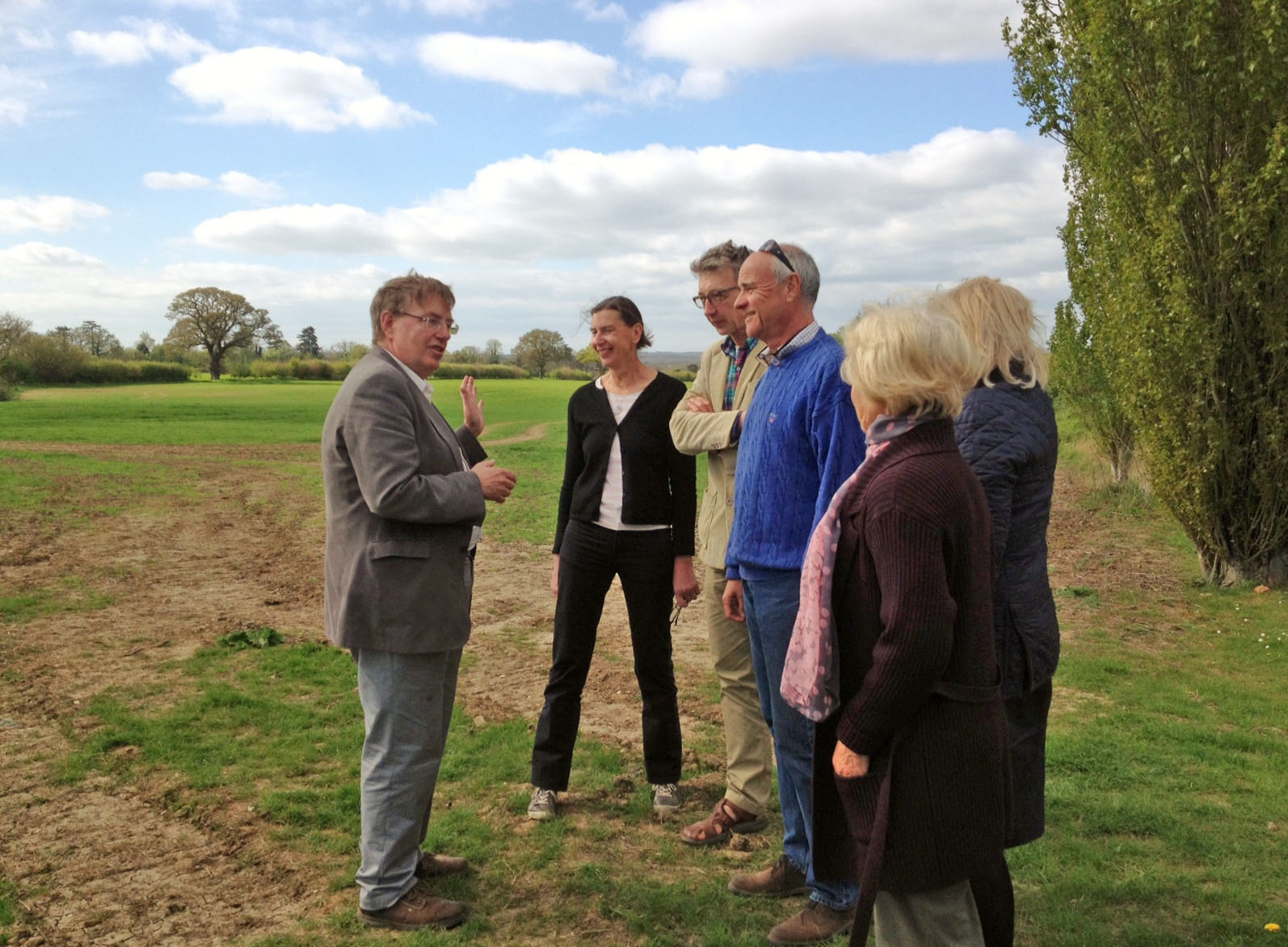 MP John Howell has pledged to work with Reading East MP Rob Wilson to support the CAGE campaign against 245 unsustainable houses in the Chilterns landscape close to Emmer Green. His support came in a week when South Oxfordshire District Council confirmed the application will probably go before their planning committee on the 17th or 24th May.

At the meeting at Bryant’s Farm, John Howell heard that if the houses are built they will place an intolerable burden on local schools in both Reading as well as South Oxfordshire, where primaries are already struggling to cope with an influx from Reading’s hard-pressed schools. The site would be in the catchment of Shiplake C of E Primary which is already unable to meet demand.

Local health centres have also recently indicated they are unable to cope with hundreds more patients from the development. Dr Ronay of Sonning Common Healthcentre commented to Emmer Green Residents Association that she was ‘most concerned about the strain this development would cause on infrastructure and services locally’. She said that in addition to the strain placed on the health centres, cross border issues would mean some Reading health support services would not be available to the new residents, 40% of whom would be in social housing.

Mr Howell was driven along the narrow lanes around Eye & Dunsden parish. CAGE campaigners pointed out that commuters could expect even longer delays because of the development as it would choke local roads along the route to Sonning bridge.