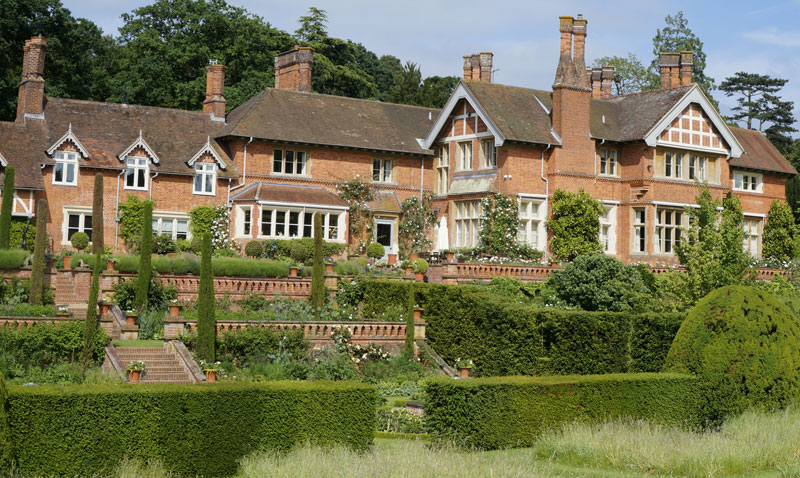 Thanks to the generosity of Jemma and Tristan Phillimore, the lovely gardens at Coppid Hall, Binfield Heath RG9 4JR will be open to the public on Sunday 1 July, from 1.30 to 5.30pm.

A rare chance to visit a private garden which is not usually open to the public. Don’t miss highlights including fine views from the terrace to the valley below, some spectacular spherical water features, a lake and arboretum, a potager and a full size yew tree maze. Entrance costs £4, and a lavish afternoon tea (said to rival Mary Berry!) will also be provided for just £4. Children under five go free, and a family ticket will be available for £12. Children’s teas £2. All proceeds to the Dunsden Village Hall. Sorry no dogs. To help with numbers on the day, please pre-book via Buytickets.at/dunsden

After a smashing success at the hall’s re-opening celebration, the number of classes and other bookings at the hall has rocketed. The following range of classes is now available, with full details at www.dunsdenvillagehall.co.uk/regularactivities

Sunday June 17, 5.30–9pm. Bring a picnic and enjoy an evening of classical and modern music in the beautiful surroundings of Holmwood, Binfield Heath. Tickets £25 from www.binfieldheath.org.uk or in Binfield Heath Stores.

All are welcome at a fascinating series of illustrated talks to be followed by questions and refreshments. £4 on the door. More details shortly available at www.owenindunsden.org

Inderpal Dhanjal – Tuesday 11 September
Indian Soldiers in the Great War – Inderpal leads the Legacy of Valour Society (legacyofvalour.org) which is a national community-based initiative which tells the story of the Indian contribution to the first world war. Over 1.5 million Indian service personnel served during 1914–18, being awarded 11 military crosses.

Robin Sanderson and Richard Crompton – Tuesday 9 October
Tunnelling for victory in WW1 – Descendants of WW1 tunnellers tell the remarkable story of their relatives’ remarkable contribution to the British war effort.

TBA – Tuesday 13 November
The Society of Friends and pacifism in WW1 – ‘War…involves the surrender of the Christian ideal and the denial of human brotherhood.’ Quakers in the First World War, and their response to conflict today.

The Binfield Heath Flower and Dog Show is 70 this year. The show, the biggest annual event in the village, takes place on Bank Holiday Saturday, August 25th. www.binfieldheathflowershow.com

The orchard by Dunsden Green is planted with a carefully selected range of historic fruit trees, some available for sponsorship: orchard.blogspirit.com. Look out for details of an upcoming apple day.

Following doubts raised about the viability of housing at Chalgrove airfield, SODC is to re-examine the possibility of mass housing developments in a number of sites throughout the district, including several close to Reading in both Eye & Dunsden and Kidmore End parishes. A consultation timetable for this important reversal of the local plan process has also been announced. Local residents are recommended to follow this process as it could have major implications for the area.

"The council intends to reassess each of the main housing sites currently proposed in the Plan, along with previously-considered locations and some additional sites that have more recently been put forward by developers: 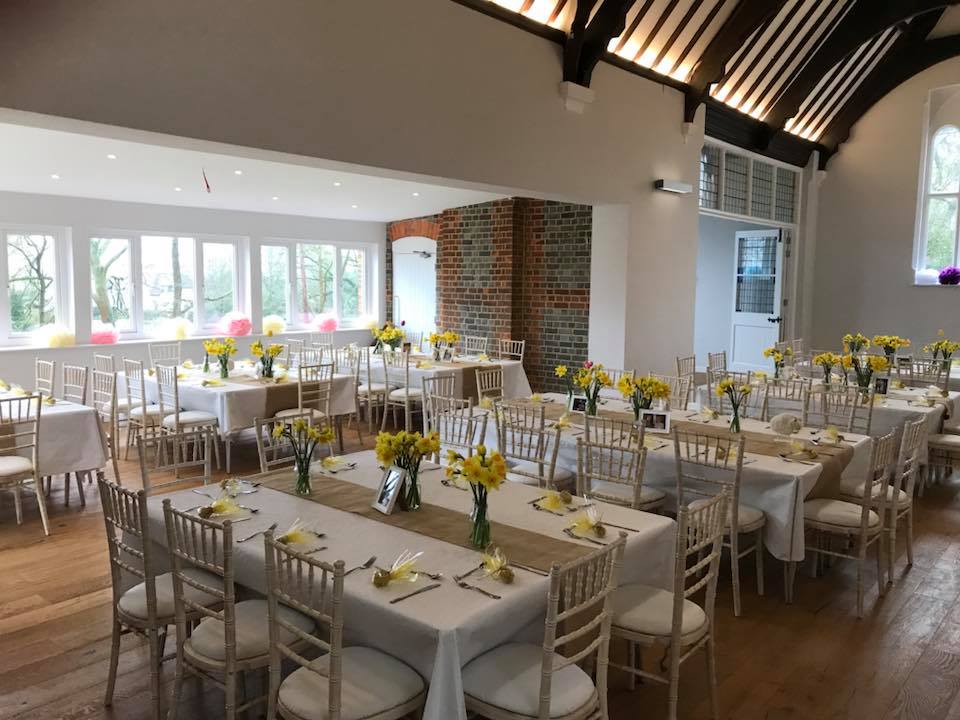 Kate Howden is a singer-songwriter & multi-instrumentalist. She plays Guitar, Mandolin, Bodhran and Cajon. Her experience of writing, performing and recording spans over 16 years as part of acoustic duo howdenjones.co.uk. She returns to Dunsden on April 28 with her captivating blend of songs, tunes and stories in an evening to remember. Buytickets.at/dunsden

Re-opening of Dunsden Hall, 5 May

The new Dunsden hall will be officially re-opened by the Chairman of SODC on 5 May. A bust of Wilfred Owen will be unveiled. From 4 to 6pm you will be welcome to tour the building. Teas will be available.

Stunning wildlife photography by Bill Pound will be on show until Sunday at 5pm. From exercise classes to family celebrations and arts events, come along and find out how much our new hall offers!

All Ages Community Tea, 13 May

Join 1st Shiplake Scout Group for their event at Dunsden Village Hall from 3–5pm. More information from Ernie on 0118 940 3919.

Don’t forget your raffle tickets from Binfield Heath Stores or committee members. Win champagne, a day at Nirvana Spa or dinner and a night at the French Horn amongst many others. Call 969 3633 for tickets.

Gladman inquiry at Henley Rugby Club from 1 to 4 May

A crowd-funding appeal (tinyurl.com/helpdunsden) has raised enough to pay for a barrister to represent local opponents to the building of 245 houses close to Dunsden. Please support the campaign and the inquiry. More at www.cagedunsden.org.

If you’ve ever wondered what happens to your non-recyleable waste, the answer is that it is taken to Bicester for conversion to electricity. The state-of-the-art facility even offers a visitor centre for the curious. Find out more at www.viridor.co.uk

Live Well Oxfordshire brings together over 2,000 care services and activities in an online directory – from residential care homes and care services that help people stay living at home, to transport services to get them out and about and new hobbies to enjoy. Details: www.oxfordshire.gov.uk/livewell

Work by Dunsden’s Nacera Guerin and three other local artists is to be shown at Henley Old Fire Station. ‘La liberté d'Expression’ runs from April 19 to 24 and again at the Henley Arts Trail from 5 to 7 May. More including details of poetry & story-telling evenings at tinyurl.com/naceragu

Plastic waste of all kinds bobs and swirls in the Thames and where the water is quiet, accumulates in quantity. It is ultimately slowly broken down into tiny particles which are ingested by marine life and perhaps then eaten by us. By 2050 there will be more plastic by weight in the ocean than fish. So why not clean-up the river? A gallant band from Shiplake have pledged to do just that. Shiplake Outloars (shiplake.outloars.club/river-thames-clean-2018 will be taking to the water at 11am on 6 May to clean-up the river between Shiplake and Sonning. A group from Sonning is planning to set off from the bridge at the same time, with the aim of meeting them halfway. If you have a boat, why not join them? 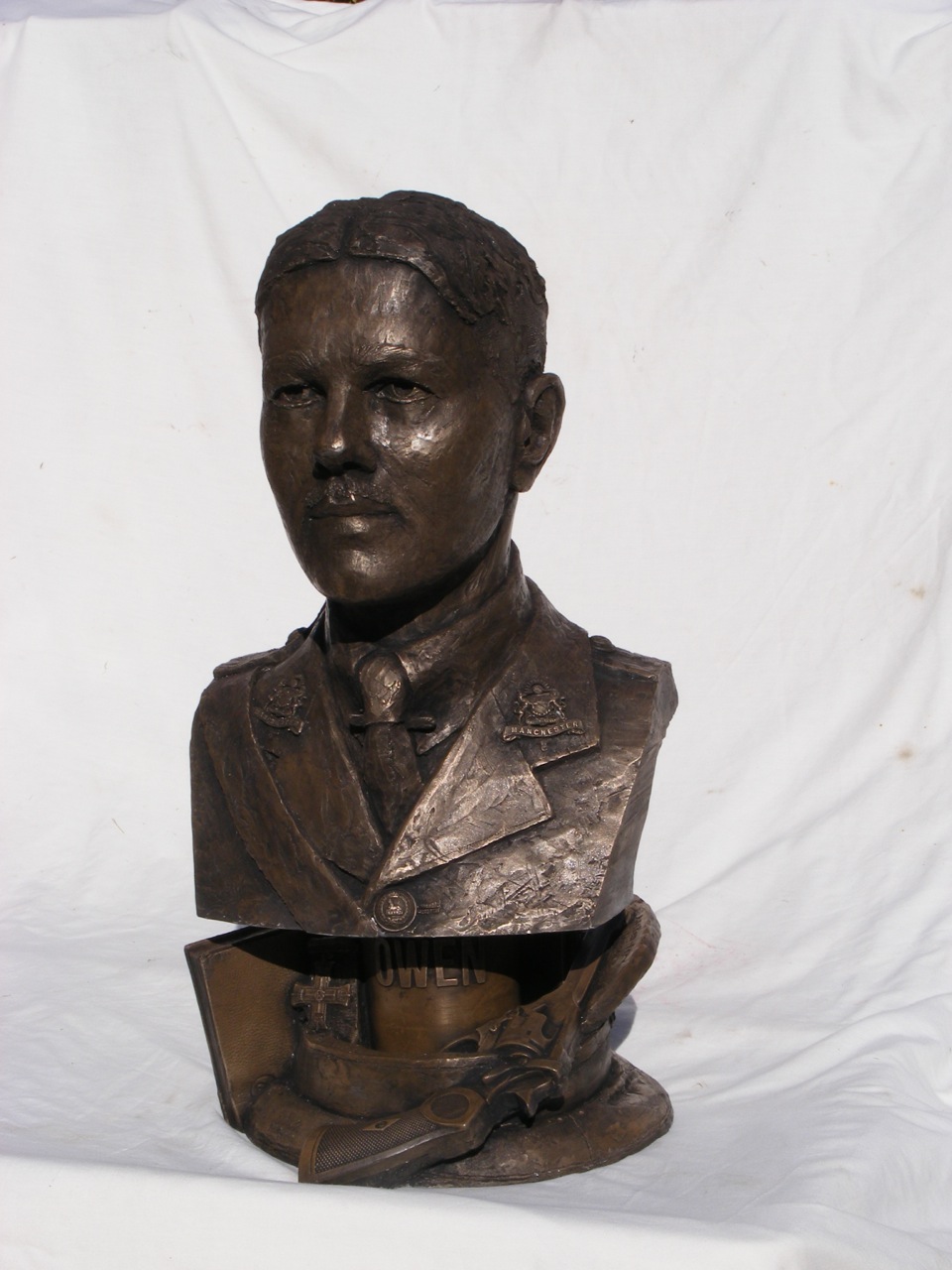 The Wilfred Owen Association has generously offered to give Dunsden a sculpture by Anthony Padgett of the famous WW1 poet Wilfred Owen who lived here 1911-13.

The Committee of the Wilfred Owen Association favours a position where it can always be seen. The church, parish council and village hall committee favour an indoor position because the green is already cluttered and because of the risk of crime.

The result of this poll will be considered when the Wilfred Owen Association makes a final decision later in the year. Please vote online now and share your view!