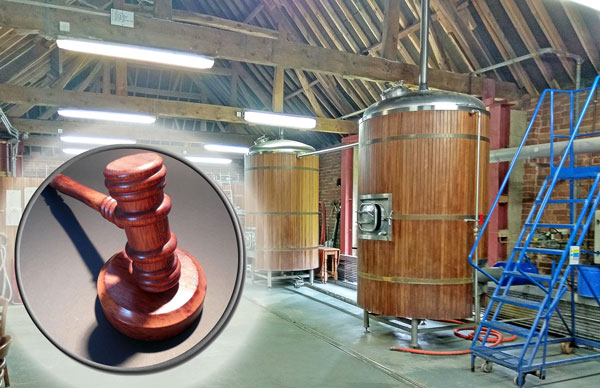 A fun evening is promised as the Loddon Brewery opens its doors for a charity auction in aid of the village hall on Saturday June 10th. There will be displays about the brewing process as well as a chance to sample Loddon ales. Tickets cost just £15 including a welcome drink, and a two course meal supplied by the award-winning Himalaya MoMo House. There’ll be a silent auction of several dozen amazing lots at bargain prices, including trips on a helicopter, a glider and a combine harvester.

You can also bid for some great family days out, including a spa day and a visit to the Roald Dahl Museum or dinner and a night’s stay at the French Horn or Great House in Sonning. If you are feeling more adventurous, why not bid for a sculpture to be created from a sitter of your choice or a special piece of music to be written for you? Local guest auctioneers will also be on hand for a selection of the more popular lots. All proceeds go towards the transformation of Dunsden Village Hall into a bigger brighter and warmer space for the whole community. See the lots on offer now.

Campaigners have been celebrating the announcement that South Oxfordshire District Council has decide to refuse permission for the construction of 245 houses on land between Peppard and Kiln Roads next to Emmer Green. The Chairman of CAGE said ‘this is a tremendous victory for all those who have written with their objections and for the dedicated campaigners from local parish councils and residents’ groups who have been working away at opposing the scheme since it was first lodged in the autumn. The countryside we care about will continue to be threatened and CAGE will remain vigilant. An appeal on the grounds for refusal is now possible, but at least campaigners have some much deserved breathing space.’

What should we do with the telephone kiosk on the village green?

The parish council has now acquired the red phone box on the village green at Dunsden from BT, which was about to remove it. The aim is  to preserve it as a long-standing part of the village scene. Other possibilities include the installation of  CPR equipment or the provision of local information about the Dunsden Owen Association trail, the community orchard and other parts of local life of interest to visitors.In Binfield Heath a phone box has been converted to a book exchange. The kiosk at Playhatch is a listed structure, as it is part of the setting of Playhatch House, which is a listed building. Please use the comments section to contribute your ideas!​

Engineers have found that the collapsing A4155 near The Flowing Spring will now need to be completely closed for around two months over the summer (exact dates yet to be fixed). It was hoped that the shoring up works could be carried out using single lane working. Diversions will be available. Install the phone app Waze for the latest highways information from Oxfordshire County Council.