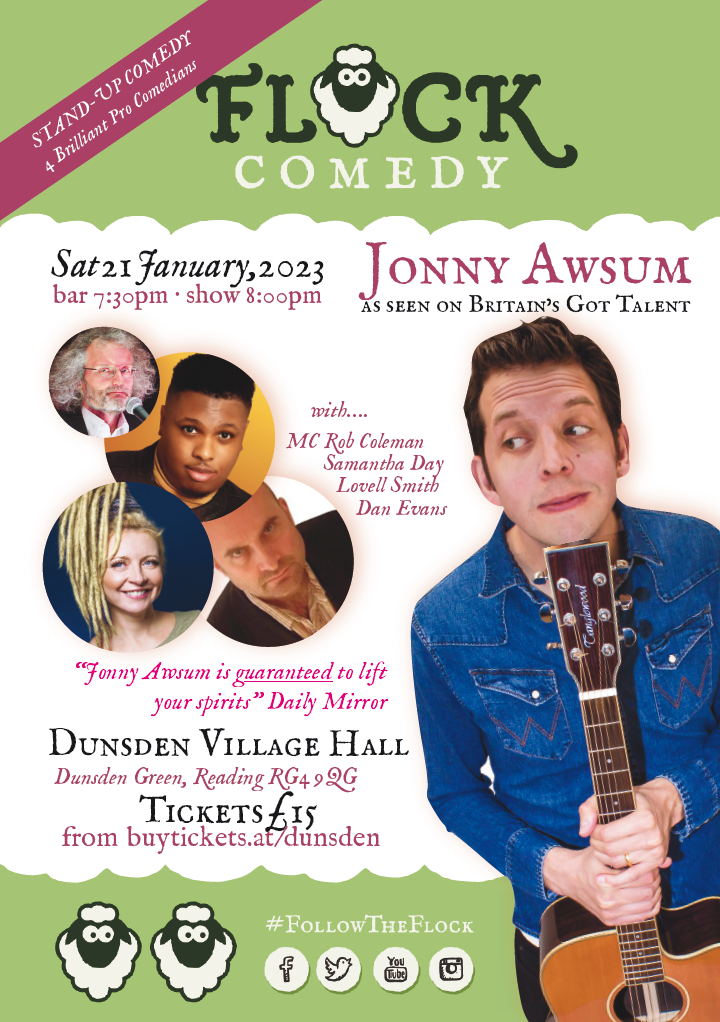 Stand-up to comedy at Dunsden village hall on January 21st

Dunsden Village Hall proudly presents another night of uproarious comedy after the huge success of our 2019 event. That night Chris McCausland was our headliner and then went on to huge national fame.
Who will it be this year?

Find out at our comedy night on Saturday January 21st at our warmly welcoming hall. There will be a fully licensed bar with wine and Loddon ales as well as hot refreshments.

Get your tickets now at https://buytickets.at/dunsden/

Jonny shot to national fame on Britain’s Got Talent. His TV performances won standing ovations and unanimous praise from the judges and went viral on the internet, racking up over 50 million views on YouTube.

In 2022, Jonny performed at the Glastonbury Festival, supported Jason Manford in arenas around the country and recorded his 2000th show for a new live album.

Jonny regularly pops up on TV and radio. He has featured on BBC Breakfast, GMTV, BBC Radio 2, BBC Radio 5 Live and Absolute Radio.

“It was absolutely brilliant…it was the best ending to a show ever!”– Amanda Holden

Over the past decade his twisted logic has delighted the nation, helping it through the dark days of the death of HRH The Queen Mother and the uncertainties of 21st century property prices.

As well as playing clubs and universities throughout the UK, Dan has gigged in Holland, Germany, Dubai and Ireland as well as being part of the sell-out Screaming Blue Murder Cabaret and Avalon Comedy Zones at the Edinburgh Fringe.

Dan’s TV and radio appearances include Brain Candy (BBC3 & 2), Channel 5 at The Store, Channel 5 Comedy Zone and the Radio 2 Stand Up Show.

He writes too, with many credits including The Very World of Milton Jones (R4 – Sony Award Winner), Rory Bremner Who Else? (CH 4), The Eleven O’Clock Show (CH 4), The Live Floor Show (BBC 1), Revolver (BBC 1) and The Joan Rivers Position (CH 5).

‘Skilful and surreal’ – The Scotsman
‘Original and inventive’ – The Times

Rob has made what he laughingly calls a career out of being grumpy. And having amazing hair. 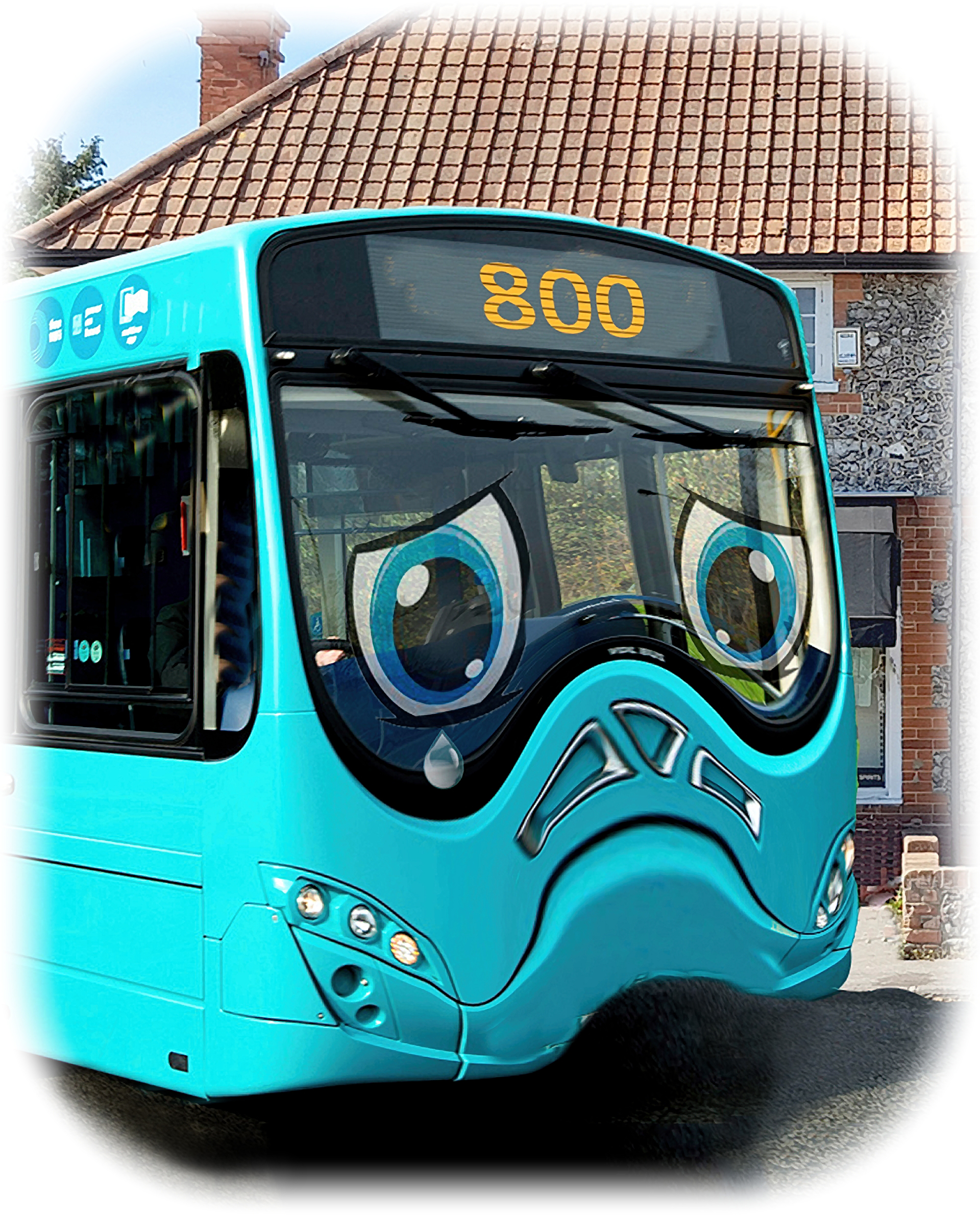 Because of relatively low passenger use (an average of 12 to 16 passengers per day) bus services through the parish are being cut from 8 January, 2023 to just four a day, which are being subsidised by Oxfordshire County Council at a cost of £20,000 per year until August 2024. The service does not operate on Sundays.

The main service will in future run via the A4155 Henley Road in future, where there is less risk of damage to buses and double-deckers will be able to operate.

The proposed new timetable is here. Are you likely to be affected by this change? If so please email Mandy Sermon, our Parish Clerk.